The Concours musical international de Montréal (CMIM) is considered one of the great cultural achievements in Canada. The CMIM aims to stimulate the emergence of the new generation of musicians destined for a professional career and to promote their influence within the international artistic community while making classical music accessible to the greatest number of people.

The Concours musical international de Montréal had earned an undeniable worldwide reputation. People come from all over the world to participate. Since its creation in 2001, more than 4,000 young musicians from over 90 countries, trained in the world’s leading schools, have entered the CMIM to compete against the world’s rising musical talent.

Founded in 2001 by internationally renowned bass Joseph Rouleau (1929-2019) and politician and philanthropist André Bourbeau (1936-2018), the CMIM is today one of the most prominent international competitions. 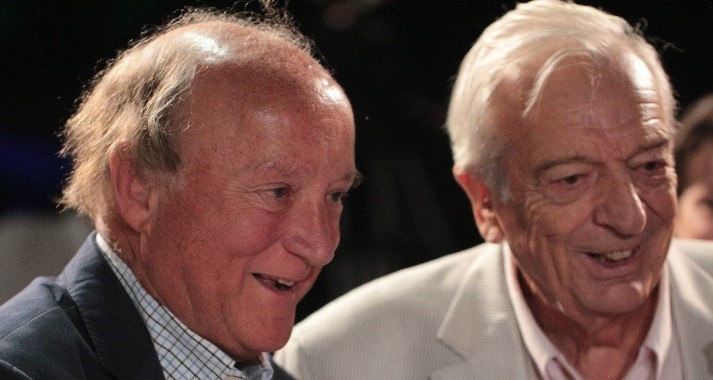 AN INTERNATIONAL AND MONTREAL BASED COMPETITION

“There has been such an inflation of music competitions that they all end up being interchangeable. The Montreal International Music Competition has accomplished this beautifully, combining excellence with human warmth.”

Acclaiming and encouraging excellence
The Concours musical international de Montréal was born of the desire to offer Montreal a high-level international competition bringing together exceptional musicians from the next generation of musicians. It allows singers, violinists, and pianists to measure their talents against those of other young people. Under the scrutiny of an international jury of classical music luminaries, the Competition paves the way for tomorrow’s artists by helping launch their careers. Since its first edition in 2002, the MIMC has recognized the excellence of its prizewinners by awarding generous prizes and scholarships.

Human warmth
Well rooted in the Montreal scene, the Concours musical international de Montréal is open to the world and distinguishes itself by the open camaraderie that unites the participants. The CMIM stands out for the incomparable welcome it extends to candidates and jury members. The human warmth goes far beyond the competition. It tinges the general atmosphere of this great spring event.

A global perspective from Montreal
Hundreds of thousands of spectators around the world follow each stage of the competition in theatres or on their screens. From Montreal to Tokyo, from Berlin to New York, from Seoul to Vancouver, from Moscow to Paris… they are the privileged witnesses of this great musical and human adventure and valuable contributors in the international influence of the event.

The CMIM is a non-profit organization, registered as a charitable organization with the Canada Revenue Agency (144249182 RR 0001). It is a member of the World Federation of International Music Competitions and the Alink-Argerich Foundation.