Witness Mari Kodama and Charles Richard-Hamelin’s unique passion for teaching 6 young Quebecois pianists, who will be performing music by Chopin and Beethoven.

Charles Richard-Hamelin and Mari Kodama are members of the Piano 2021 jury of the Concours musical international de Montréal.

Recognized the world over for their mastery of both composers’ works, they will give you a fascinating insight into their music. 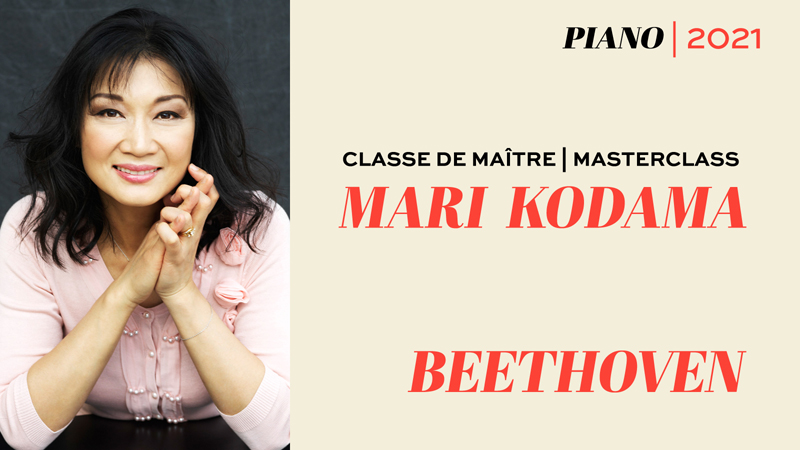 Japanese pianist Mari Kodama is deeply attached to the music of Beethoven. She has recorded all of his 32 sonatas on the Pentatone label. In this series of masterclasses, she explores music from the early, middle, and late periods of the great German composer. 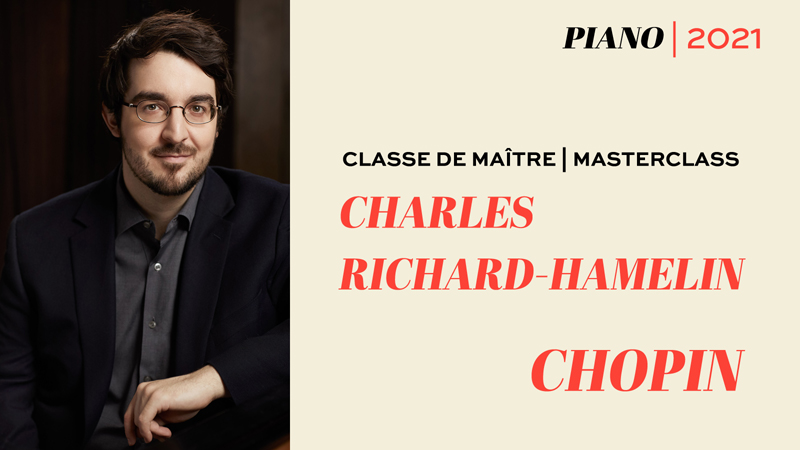 Canadian pianist Charles Richard-Hamelin, laureate of the 2014 CMIM and winner of the silver medal at the Chopin Competition in Warsaw in 2015, has recorded five albums devoted to the music of Frédéric Chopin. In this series of master classes, he delves into the musical universe of the greatest Polish composer.

The Masterclasses were recorded at Bourgie Hall in Montréal on March 12, 2021, in collaboration with the CANIMEX Canadian Music Competition, the Conservatoire de musique de Montréal, the Université de Montréal and McGill University’s Schulich School of Music.

The CMIM thanks its masterclasses partner