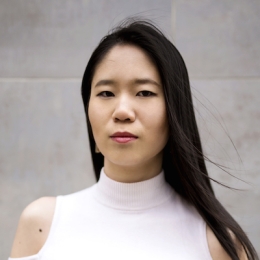 Biography (2021)
Hailed by the Washington Post as “prodigiously gifted… a display of imagination, taste and pianistic firepower far beyond her years,” Anna Han has given performances at venues such as the John F. Kennedy Center for the Performing Arts, and Alice Tully Hall. She has given world premieres for several works, among them Michael Brown’s Suite for Piano (2013), which she recorded for the Steinway and Sons label. In 2014, she was named a United States Presidential Scholar in the Arts. She is currently pursuing her Master of Music degree at Juilliard.