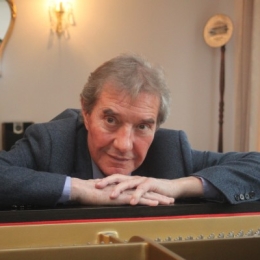 As Francis Poulenc’s sole student, Gabriel Tacchino was able to acquire an undeniable tradition directly from the source, as well as insights into style and phrasing, making his interpretations of Poulenc works of reference. His many recordings for EMI, Erato, Warner Music, Vox, Verany, and Arion have received a range of awards including the Grand Prix du Disque, Victoire de la Musique, and Diapason d’Or.

After having taught piano for several years at the Conservatoire national supérieur de musique in Paris, he decided to devote himself exclusively to his performing career, while giving master classes in France, Canada, Korea, China, Switzerland, Austria, and Luxembourg.

From 2006 to 2008, he was a guest professor at the Tokyo National University of Fine Arts and Music (Geidai); he also teaches advanced classes at the Académie Internationale d’Été in Nice, at the Internationale Sommerakademie – Universitat Mozarteum in Salzburg, and as part of the Internationale Meisterkurse in Luxembourg. Since September 2009, he has taught an advanced piano class at the Schola Cantorum in Paris.