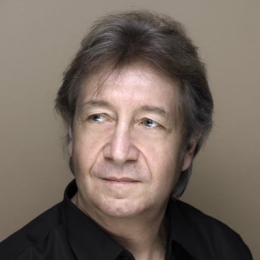 Pierre Amoyal is one of the most brilliant violinists of his generation. He began his music studies at an early age and was awarded a Premier Prix from the Conservatoire National Supérieur de musique de Paris at the age of 12. At 17, he moved to Los Angeles to study with Jascha Heifetz with whom he studied for five years. Since then, he has been invited to play with the most eminent orchestras and the most important conductors of our time: Pierre Boulez, Seiji Ozawa, Charles Dutoit, Eliahu Inbal, Georges Prêtre, Kurt Sanderling, Simon Rattle, and Myung Whun Chung.

His many recordings for Decca include Fauré’s sonatas, the Chausson Concert, and the Franck sonata, as well as concertos by Dutilleux, Saint-Saëns, and Respighi. Appointed a professor at the Conservatoire National in Paris at a very young age, he has also taught at the Lausanne Conservatory and the Haute École de Musique (where he founded the Camerata de Lausanne in 2002). In 2013, he was appointed a professor at the Mozarteum in Salzburg. In addition to giving masterclasses across Europe, as well as in China and Japan, Amoyal has served on numerous international competition juries including Michael Hill in New Zealand, Jean Sibelius in Finland, and Queen Elisabeth in Belgium.