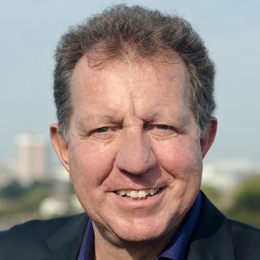 Costa Pilavachi has collaborated with most of the world’s top classical artists, as artist and touring manager, concert presenter or recording executive.

Born in London, he was educated in Greece, Egypt and the United States before settling in Canada in 1965. After a stint in artist management and tour production with Canada’s David Haber Artists Management, Inc., he was appointed Director of Music at Toronto Arts Productions, the city’s premiere recital and chamber music series, followed by four years as Director of the Music Department at Ottawa’s National Arts Centre, responsible for the resident orchestra, summer opera festival and other musical activities in the capital. In 1985 he left for the U.S.A., becoming the Artistic Administrator of the Boston Symphony Orchestra and Tanglewood Festival, working closely with Music Director Seiji Ozawa.

His career in the recording industry began in 1989 as Vice-President, Artist and Repertoire of the Dutch-based Philips Classics label. He served as President of three major classical labels, Philips Classics, Decca Music Group and EMI Classics. In 2010 he was appointed Senior Vice-President, Classical Artist and Repertoire of Universal Music Group, overseeing the artistic direction of the Deutsche Grammophon and Decca labels worldwide. He heads his own consulting and production company.