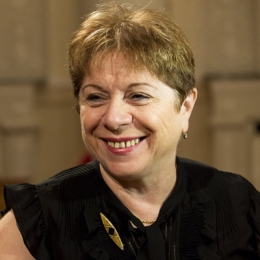 « Rena Shereshevskaya, the empress of piano. From Rémi Geniet* to Lucas Debargue**, the Russian teacher trained and consulted best pianists of the younger French generation » – under this title a French journal “Figaro” (7.08.18) published an article about this pianist and professor of piano with an international reputation

She has published in French and foreign magazines a number of articles on the problems of the musical education and was Olivier Bellamy’s guest at his program “Passion Classique” at the “Radio Classique” station. In parallel with her intensive pedagogical activity she also performs chamber music.